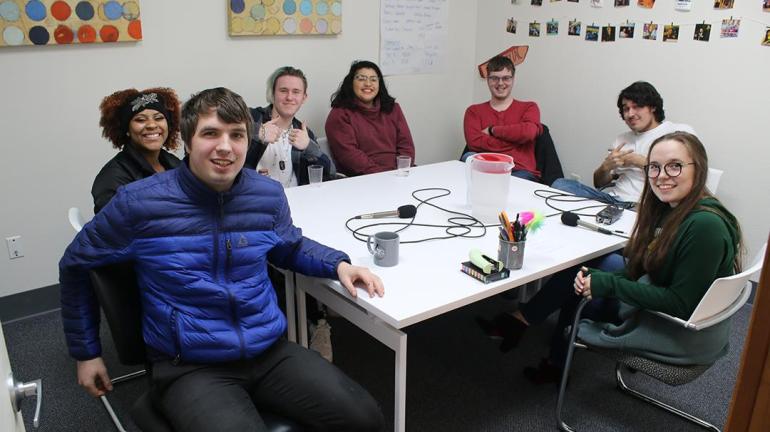 School is almost out for the semester, but In Other News is still going strong. This episode features a filmmaker roundtable with local youth filmmakers and film aficionados. It was hosted and produced by ATMI producer Madison Dooley as a follow up to last year’s youth film screening “After School Special.” Both the full and radio edit of the roundtable are available to listen below, and were edited by Devin Shreckengost (who was also part of the roundtable).

ATMI producer Cornilius Nelson interviewed Natalie Fraser and Burke Croft of Mental Health Advocacy Through Storytelling (MHATS) about starting their organization to help bring awareness to and de-stigmatize mental health issues amongst teenagers. Fraser recently won the Spirit of Youth Role Model Award for her work in MHATS. Both the edited for radio and full version of the interview are available below.